Gulf of Maine Forecast for 2020: Low to Moderate Bloom 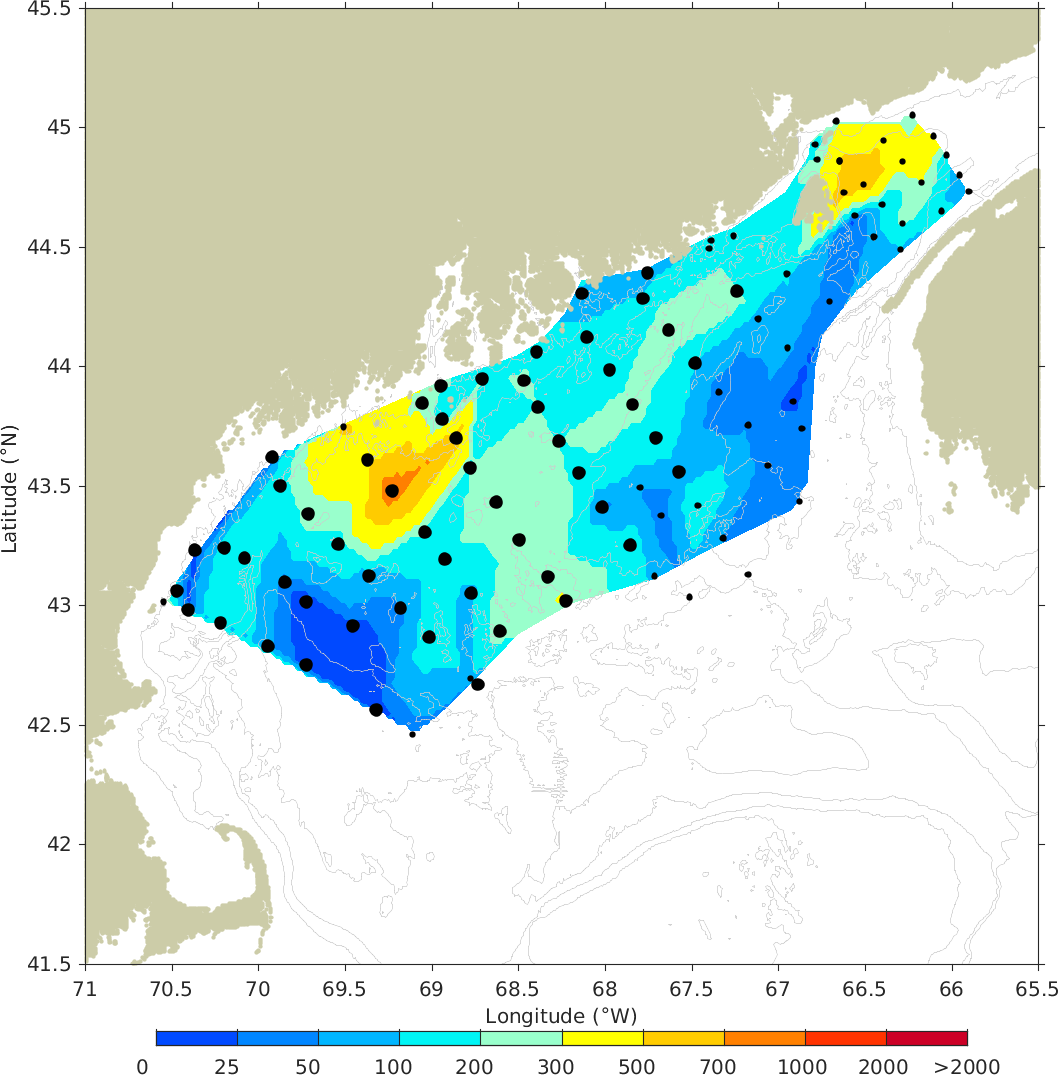 Researchers with NOAA’s National Centers for Coastal Ocean Science and the Woods Hole Oceanographic Institution predict a low to moderate red tide for the Gulf of Maine this summer, continuing the pattern of smaller blooms observed in the region over the last few years.

Gulf of Maine red tide, caused by the algae Alexandrium catenella, produces a toxin that can accumulate in shellfish, which can result in serious or even fatal illness in people who eat contaminated shellfish. The magnitude and severity of Alexandrium blooms, and the subsequent need for shellfish harvesting closures to protect human health, vary considerably from year to year and between decades. Shellfish toxicity was severe and widespread from 1978 to 1988 and again from 2003 to 2009, but has been lower since then. The causes of the decadal variations are the subject of ongoing research.

NCCOS and its partners produce a yearly red tide forecast for the Gulf of Maine that helps state shellfish managers gauge the severity of the season’s harmful algal blooms before they occur. The forecast is based on data collected about Alexandrium’s dormant stage, when it exists as seed-like cysts in ocean sediments before growing in the spring into the swimming cells that can produce red tide. Scientists can estimate the size of red tides in the spring and summer by counting the number of cysts in bottom sediments the preceding fall.

In October 2019, aboard NOAA Ship Gordon Gunter, researchers collected the data needed to map the presence of red tide cysts in the gulf, and to predict the size of the red tide in 2020. The cyst abundance for Fall 2019 ranked 11 out of 16 years of cyst sampling, resulting in a low to moderate red tide prediction for Summer 2020. Throughout the spring and summer, NOAA provides coastal managers with weekly updates of modeled bloom extent, trajectory, and intensity to complement the seasonal forecast and guide states that monitor Alexandrium cells and shellfish toxicity along the shore.

2020 marks the thirteenth year that NOAA and its partners have issued the seasonal forecast, which enables proactive responses to protect coastal economies, making the region more resilient to red tide outbreaks.

An interactive forecast simulation can be found here.

Forecasts from prior years can be accessed below: